The recorder group has been formed for those interested in playing the instrument. We meet in the St Paul's Centre, St Mary's Church, Church Hill, Caterham.

At the moment we are preparing 3 pieces to play at the Purley Music Festival in March.

During the Summer we play at a few Nursing Homes and perform at one of the St Lawrence Sunday Afternoon Tea.

During November and December we again play for a few Nursing Homes and The Westway.

Last year we were delighted to be invited to play in a Charity Concert with the Caterham Community Choir, and also at the AGM of the Caterham & District U3A (see photo opposite).

We currently have 14 members and are proud to say descant, treble, tenor and bass recorders are used in our performances. 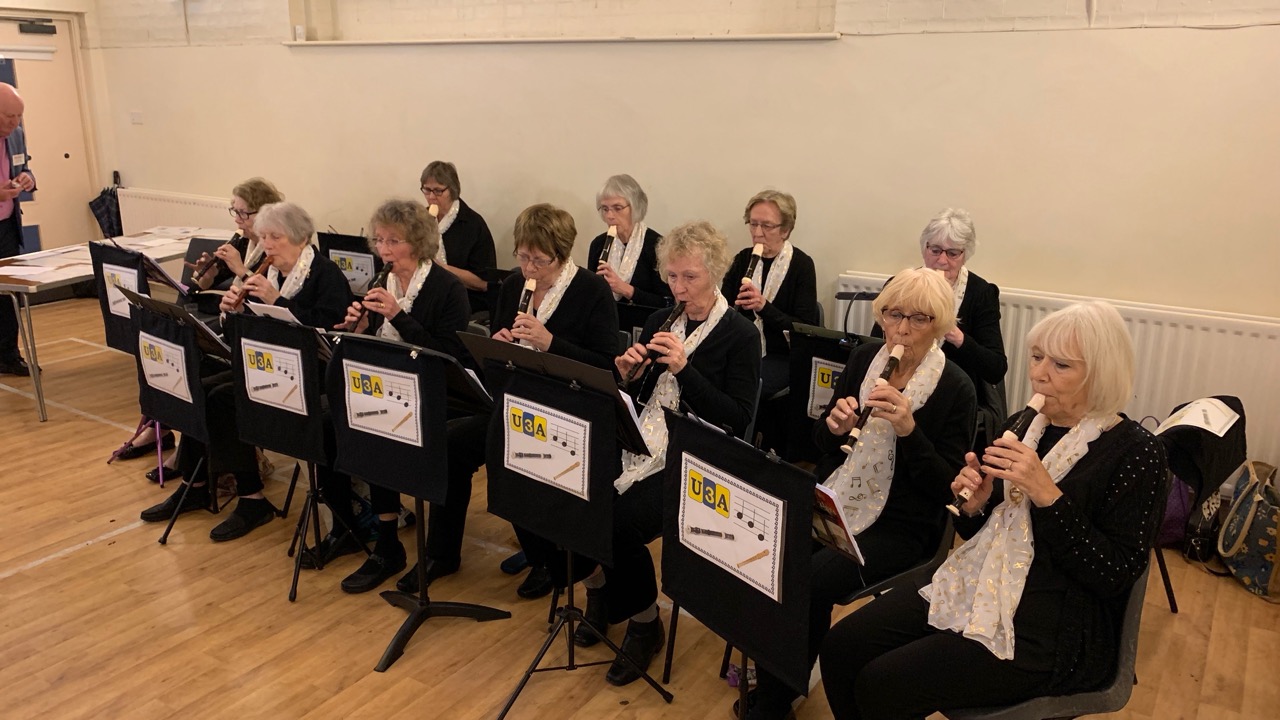