Mah-Jong is a board game of Chinese origin. It is played with 144 ornately inscribed tiles; in the late 19th century when the game developed from earlier Chinese games, these were hand painted and made from bamboo and ivory. These days they are plastic reproductions and you don't need to read Chinese to use them!

The rules are not standardised but are variations on a theme; our group plays by the British Mah-Jong Association rules, which are published and available online. Essentially the game is drawing tiles and discarding, with the aim of forming a complete 14 tile hand of either four sets and a pair, or one of the rare high scoring special hands such as 'Wriggling Snake'. The scoring is sophisticated, with many sets of tiles or combinations of sets doubling your score; by having several doublings you can get a score of 1,000 (or can go out with a score as low as 26). The scoring system is what makes it most challenging, as you have to weigh up the benefits of going out more quickly or holding out for a spectacular score. We keep track of the score by the exchange of tally sticks of various denominations; the winner at each table is the one with most tally sticks at the end of the session. (Obviously we do not play for money!)

One of the disadvantages of the game not having standardised rules is that some groups (indeed some countries) play oversimplified versions of the game; if you have ever seen one of these you may have concluded it is just rummy with funny tiles. The 'proper' version of the game is much more interesting than a rummy type game.

We have a stable membership of 14 and remain open to new members.
We have a good collection of equipment for the game and have been trying out a number of rule variants.
Turn up if you are available, but we do ask for advance notification of whether or not you will attend, so that we have a sensible number of players at each table: ideally tables of 4 but one can also play with 3. Occasionally we will have more than one session at separate houses, if there is no-one who can host several tables. Five of us have Mah-Jong sets so you do not need your own; hosting sessions is optional. Tuition is provided and I also issue a weekly 'Hints and Tips' email with advice on play. The basics can be learned in a single session, but like most good games, you are always learning more.

We find it tremendous fun, more so than any card game; and the ornate tiles add to the enjoyment. We would like a few more members, so if you would like to give it a try please contact the group leader - Bill Lumb. 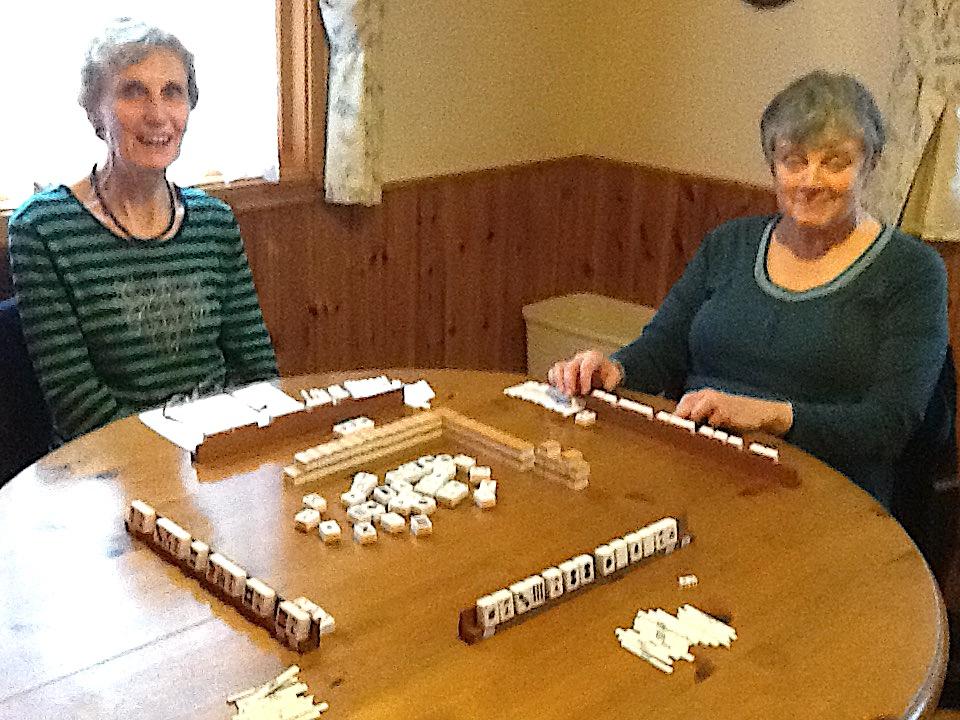