There are six in the group, including one member from Alcester U3A. Everyone had learned Latin before, some to a high level, but many years ago. We worked through Rhoda Hendrick's Latin Made Simple quite quickly and then Lingua Latina: Familia Romana: see Latin - Improvers. As one of many diversions on the way we compiled a map of the London Underground in Latin (Londinium Subterraneum) which attracted some national publicity though, sadly, not the interest of London Mayor Boris Johnson. But it was fun and we raised over £1000 with it for the local Hospice.

Now we read difficult Latin texts. There is no plan - it's all rather serendipitous. We translated Juvenal's description of life in Rome and followed that with accounts by Suetonius and Tacitus of the great fire, when Nero didn't fiddle but probably did sing. After some lyric poetry, Livy's account of Hannibal's crossing of the Alps and Cicero's defence of Caelius, we have now embarked on reading the whole of Vergil's Aeneid Book Four, the story of Dido and Aeneas.

In the past we have made excursions to Chedworth, Bath, Cirencester, St Albans, Wall and Wroxeter and were pleased to invite others from our U3A to share in our discoveries. 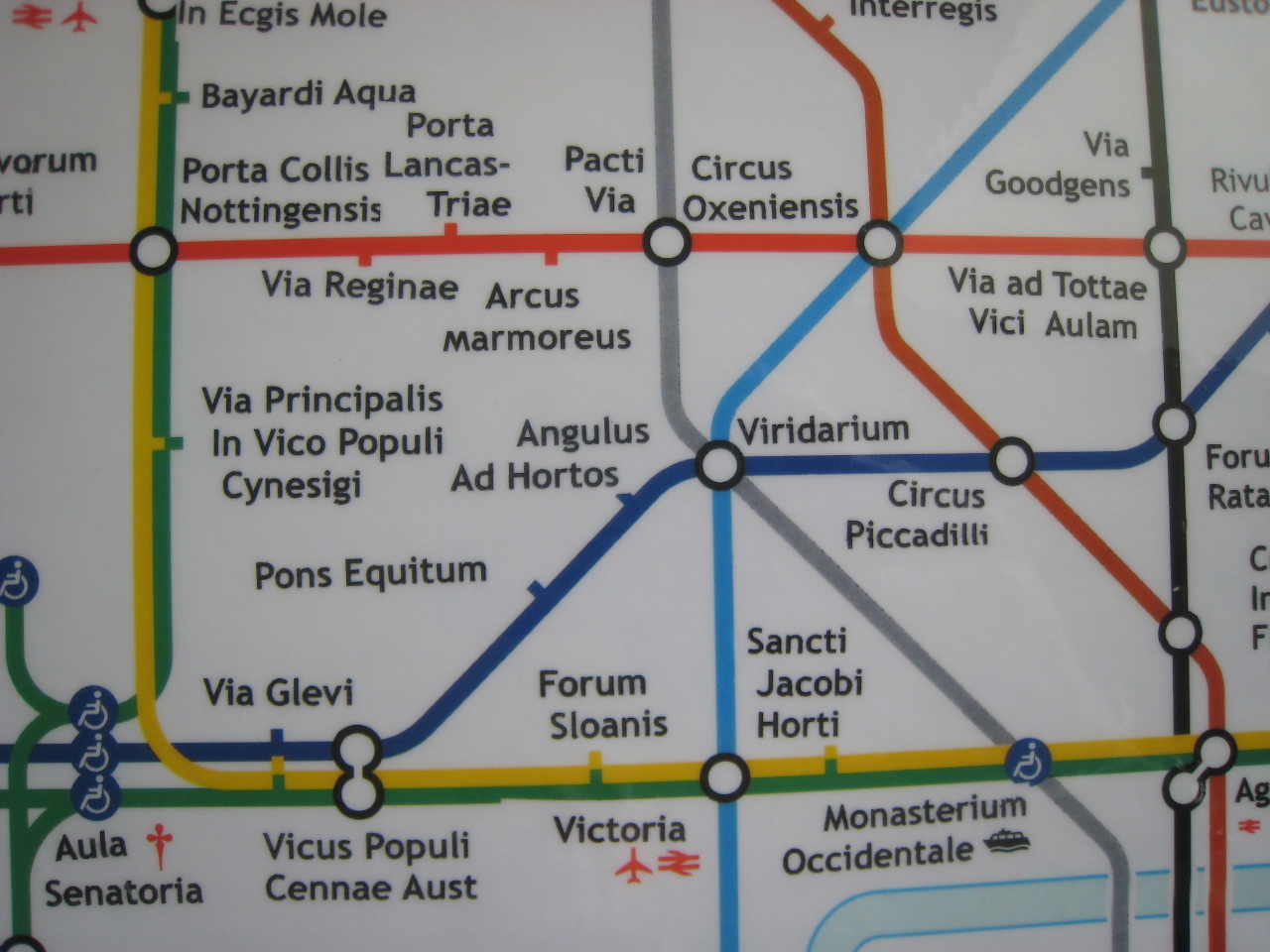 A Section of Londinium Subterraneum