Meetings take place every Wednesday between 10am and Noon at Longton Central Hall. The group is very sociable and mainly for those who wish to learn the basics of Bridge. The group commenced on the 12th October 2011 with nine members and packs of cards, bidding boards, scoring cards and a couple of tables from a Bridge Club which had ceased to operate. Since then the membership has steadily increased to twenty six. Over the past two or three years, the U3A has supplied the Club with bidding boxes and other equipment.

Many members are perfectly happy just to play Bridge in the club room based at Central Hall, while some have also joined established Bridge Clubs in the area which they find really enjoyable. A number of the members now also go to the café (a few doors away) after the Bridge Session for a drink and chat.

Should you wish to consider joining the group, then please contact Group Leader John Anderson on 07794 175481. 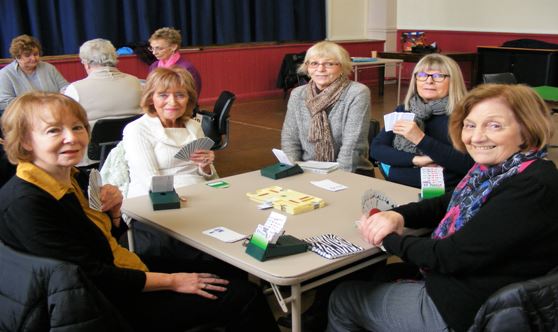