Our aims are:
• To enjoy History.
• To foster a collaborative and supportive approach in the group.
• To expand our understanding and knowledge of History by exploring a variety of historical topics.
• To take a particular interest in the History on our doorstep.
We want to explore topics in different ways, for example: do our own research; share knowledge and ideas in the group; enlist the help of people with specialist knowledge; visit places of historical interest.

U3A members are being asked to help craft a shared learning project where they create living history of this extraordinary time.

We had our January meeting in the local history section of Garforth Library looking at the books and other material such as old maps and photographs. If you are interested in local history it is well worth checking this out.

On Wednesday 21st Aug 2019 The U3A history Group visited Lotherton Hall, the last home of the Gascoigne family, We saw an exhibition dedicated to Captain Douglas Gascoigne (Coldstream Guards) the last son and heir of the Gascoigne family. Douglas was part of the 1944 WW2 battle to take Normandy and was killed in a tank battle near Caen on 6th August just two months after the D day landings.

The main purpose of the History Group visit was to view the archives which document the history of the Gascoigne family.The photograph shows members of the history group together with Stephanie Davies, the Assistant Curator at Lotherton Hall.

Sir John Gascoigne, the first Baronet. He purchased the title in 1635 at a cost equivalent to £5m in today's money. The title was conferred by Charles 1. The money went into a fund for developing the North American colonies.

Sir Thomas Gascoigne, the eighth and last Baronet, as a man of the Enlightenment. He inherited the title in 1762. Later he gave up his Catholic faith. This meant he could take a more active role in public life, including becoming an MP. In October 1809 Sir Thomas' son and heir died in a hunting accident. This was a great personal blow for Sir Thomas and he only outlived his son by four months. With no heir the Baronetcy lapsed.

Members of the History Group at the Triumphal Arch built for Sir Thomas Gascoigne in 1783. The Arch celebrated the American settlers winning their liberty from the British Crown. As a Whig, Sir Thomas supported the American colonies in their War of Independence, but it is reported that the Prince Regent made his disapproval of the Arch clear when he visited.

On 24th April 2019 members of the History Group enjoyed a fascinating walk around the Parlington Estate looking at various features of historical interest. Thanks to Chris Lomas, the Group Member who did the work on the Parlington Walk.

Neil Holiday, from the firm of Land Agents, talking to members of the Group at the 'Dark Arch'. Neil and his colleague, Eleanor Nicholson, accompanied us on the walk and we are very grateful to them for their time and their informative and enlightening commentary. 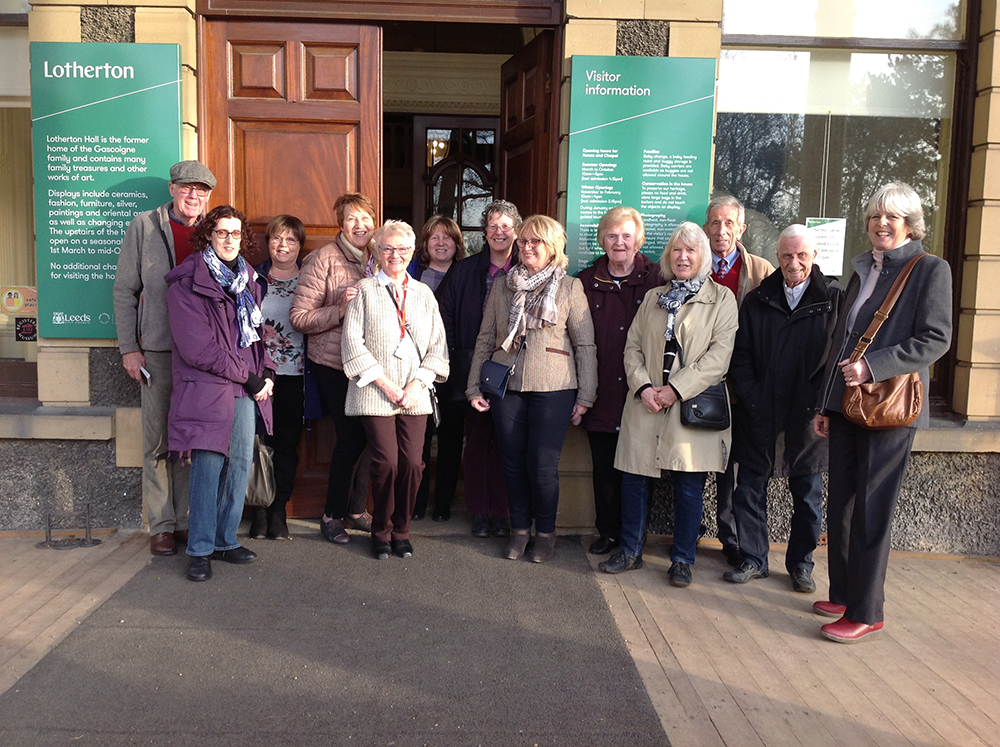