The Railway Group consists of a small group of chaps - we would welcome some ladies, that are interested in various aspects of Railway history and Railway modelling.
Since the latter end of 2017 we have been meeting infrequently, at Hackett’s Café’ in their upstairs meeting room on the first Monday of the month on alternative months at ten in the morning.
One of our main aims is to visit, as a group, various railway heritage sites, museums, etc in the spring and the summer.

On February 3rd we viewed a railway video on the Severn Valley and Cotswolds and a selection of slides on historic Uzbekistan Railway locomotives. We also dicussed futire trips including a tour of the London Transport Museum on 4th April and possible future visits to future trips the Pendon Model Railway venue (May) and the Great central Railway (June)

We have already visited the Gloucester Warwickshire Railway, the Watercress line at Alresford in Hampshire, and the London Transport museum in Acton, London.
This year we have visited the Severn Valley Railway and the Bluebell Line. See below for more details.

At our group meetings we have had a talk about the coming of the railway in south west London and the demise of the asparagus fields. A talk on Barry scrapyard that one of our members visited in the late ninety seventies. * And several film screenings on various railway topics.
Our screening in February this year was on the Cotswold line with some interesting footage of the old Witney station, now sadly gone to development. We have also viewed a series of videos on the history of steam in the 1990's.

On 29th July we made a very enjoyable visit to the Bluebell Line in East Sussex, one of the oldest Heritage Railway in the UK. Many of the locomotives and items of rolling stock were inherited direct from British Railways.

Tuesday the 7th May saw six members of the railway Group make their way north to the Shropshire countryside and the Severn Valley Railway. This was organised by Peter Fry who did a sterling Job in organising this trip.
We embarked on the 10.00 train, steam hauled to Highley, and visited the engine shed – partook of much needed refreshment and looked at the locomotives on display. Three of our number also had a guided tour of King Georges the Vs Royal coach.
Boarding the train once more at 12.00 we made our way to the end of the line at Bridgnorth, a fine

solidly built station, that included a pub, where one of our number imbibed in the local brew.
Also, on view, besides various items of rolling stock, was a delightful young lady having her photograph taken, one assumes a professional modelling assignment, which was an additional diversion. She looked rather cold in her flimsy attire, but as an old actor myself ,“one has to suffer for one’s art”
Lunch being taken we alighted another steam hauled train back to Kidderminster, from whence we started. We were lucky with the weather and a pleasant car journey was made to a particularly delightful Heritage Railway
(Photos courtesy of John Palmer)

If you would like to join our disparate group of enthusiasts please come along to our next meeting or contact the Groups Administrator, either via the Contacts page of this website or at the bi-monthly General Meeting in the Methodist Church Hall. 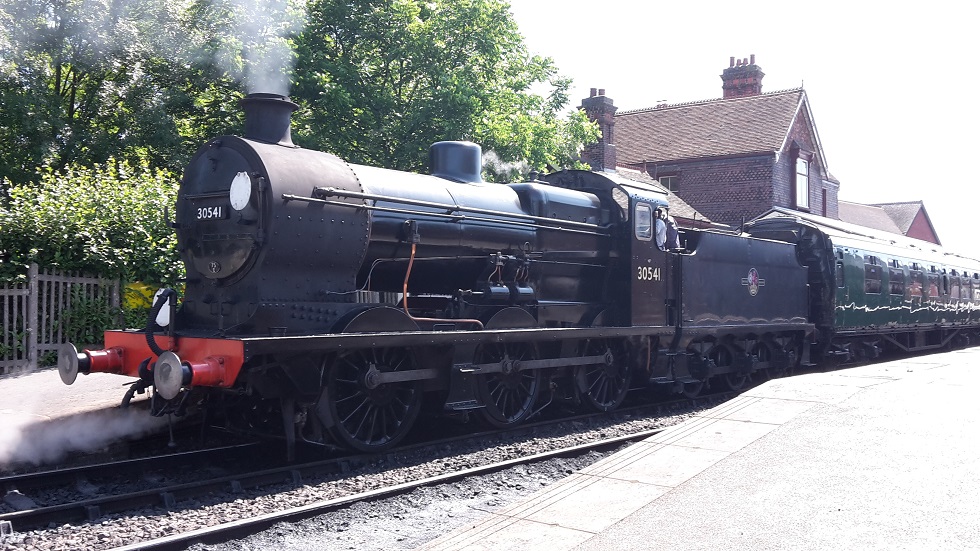 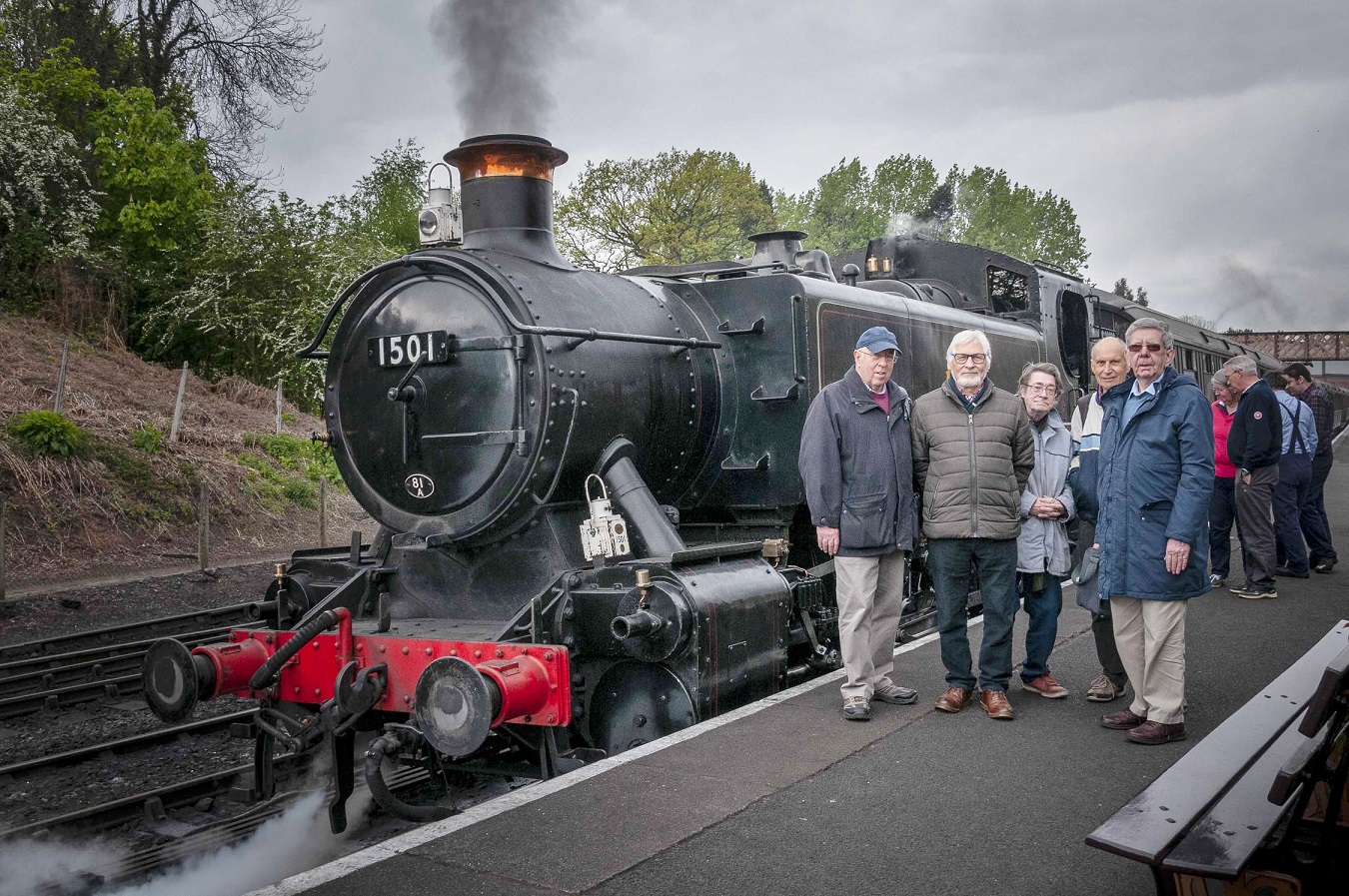 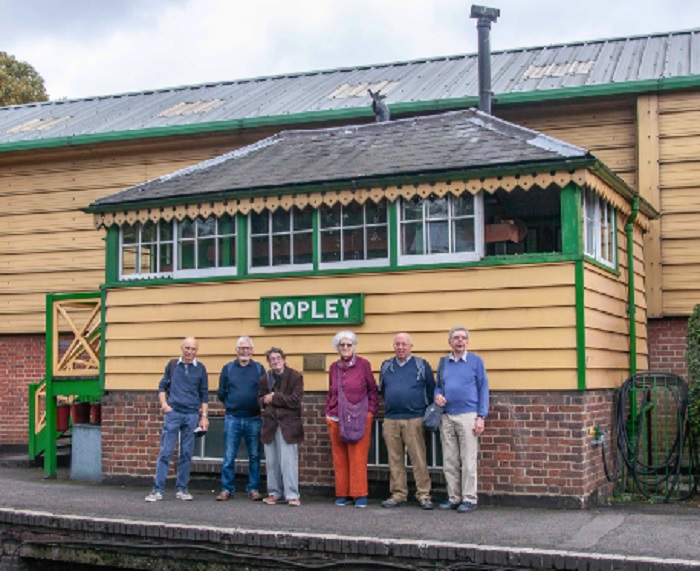