​The world is slowly returning to something like normal. Groups are beginning to hold real meetings and some of us have actually been on a trip to London.

​The plan is for this to be held in the church. The speaker will be Sandy Primrose who will be talking about “Orchids, Oddities and Obsession”. Please book a place if you wish to attend as spaces will be limited by contacting Chairman.

Thursday 8th July was, surprisingly, a warm, sunny day. More Balearics than Bucks. This was fortunate because the Beginners Spanish Group had decided to hold a lunchtime paella party in my garden. It was even more fortunate that Vee, my wife, was happy to cook the food. So, we assembled at 2 pm and the meal was served at around 3 pm and 9 of us ate, drank and chatted for 2 hours in the Spanish manner.

We had calamari a la romana (squid fried in batter), paella marisco (seafood), paella con pollo (chicken) and Manchego cheese (from La Mancha). Oh and of course copious amounts of Spanish red wine. I don’t think we learnt much Spanish, but we were agreed that afternoons spent Spanish style could be very pleasant.
Tony B.

Visit to Buckingham Palace Gardens and the Queen’s Gallery, 9 August 2021.

​We set off from Bedgrove, Ashbrooke and the George. It was just like it used to be before Covid. The coach took us to the entrance to the garden where we had to pass through security before proceeding. The gardens are an oasis in the middle of London, and the sun shone when many of us ate our picnics on the terrace.

​We then walked to the Queen’s Gallery where there was an exhibition of Dutch and Flemish paintings from the royal collection. London keeps changing and, on the way home we saw many new buildings, and we drove around the new Mountain that has been built by Marble Arch.

A £50 deposit per person made out to McCallum Holidays Ltd will be
required in October. With an initial interest list being taken from the
September 2021 Main Meeting.

Staying at the Washington Hotel*, Workington with spa and gym facilities.

1. 2002 A 2-night Arts and Heritage visit to this city famous for the Cavern Club and the Fab Four. LIVERPOOL
2. 2004 A holiday with the Walking Group to this centre in Devon where sport, craft, sport and walks could all be enjoyed.
OKEHAMPTON
3.2005 A guided tour of this Oxford College names after ˜Jesus” and then a visit to a private house built in 1720 with extensive grounds with a tour and tea hosted by the owners.
CHRISTCHURCH COLLEGE & ARDINGTON HOUSE
4.2006 Used as Meryton in the 2005 Pride & Prejudice film this town is regarded as one of the finest stone towns in England and then a visit to an Elizabethan House, built and still lived in by the Cecil family.
STAMFORD & BURGHLEY HOUSE
5. 2007 Home to the All-England Club and very relevant at the moment.
WIMBLEDON MUSEUM
6. 2008 A fine example of a Grade I Listed House. It was developed from a Tudor Manor but is now notable for its classical frontage. Then to visit a place where Elizabeth Woodville (The White Queen) married Edward IV at the Hermitage.
LAMPORT HALL & GRAFTON REGIS.
7. 2009 Overlooking the River Severn this cathedral was built between 1084 and 1504. Afterwards to a Hall built in 1701 and home to the Vernon family for many generations.

WORCESTER CATHEDRAL & HANBURY HALL
8. 2010 Near Guildford a visit to a Wharf where the Wey barges were built, then a guided tour of the home of the More-Molyneux family since 1508.
DAPDUNE WHARF & LOSELEY PARK
9. 2011 A ˜hospital” for the maintenance and education of exposed and deserted young children and then by contrast the home of the Duke of Wellington built by Robert Adam and given to the nation in 1947.
FOUNDLING MUSEUM & APSLEY HOUSE
10. 2012 A visit to the Olympic Stadium to see a very special group of athletes.
PARALYMPIC ATHLETICS

​Once more I have received a lot of pictures from Art 2. So, I have chosen 5 to include. 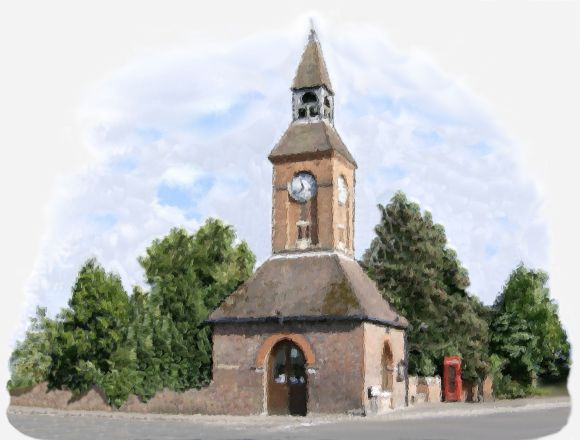