Coordinator is Dave Hibbert who can be contacted using the icon on the right.

AT THE MOMENT (24-07-21), WE ARE ABLE TO PLAY AGAIN! but please don't forget to wear your mask when ordering refreshments, until the rules change.

Pétanque - sometimes called boules, is a game that can be enjoyed by all the family and socially with friends for fun or more competitively up to European and World Championship levels.

French in origin, it is now played right across the world and is one of the most inclusive activities available where people of all ages, gender, ability and fitness can play equally together.

The most highly regarded of throws in pétanque is the "carreau". This is when a player shoots their opponent's boule in such a manner that their boule stops in exactly the same position as the original boule. It's not as easy as it sounds so why not give it a try?

Played with hand-sized hollow metal boules on various types of dirt or gravel surfaces (terrains) the object of the sport is to get as many of your team' boules closer to a small wooden ball (jack) than the nearest of your opponents.

All boules of one team nearer to the jack than any boule of the opponent's counts for one point each. Usually all games are up to 13 points.

There are two main roles in pétanque :-

The basic rules are simple and new players can start playing straight away but the various techniques of pointing and shooting as well as the tactics can take years of practice to master.

We meet at the Salmon Leap Pub in Testwood Lane, Totton starting at 1:50 p.m. and play every other Wednesday.

At the moment the group list is full due to the size of the terrain.

If you're interested in joining the group, please let me know and I'll add you name to the waiting list.

Pétanque - How to Play 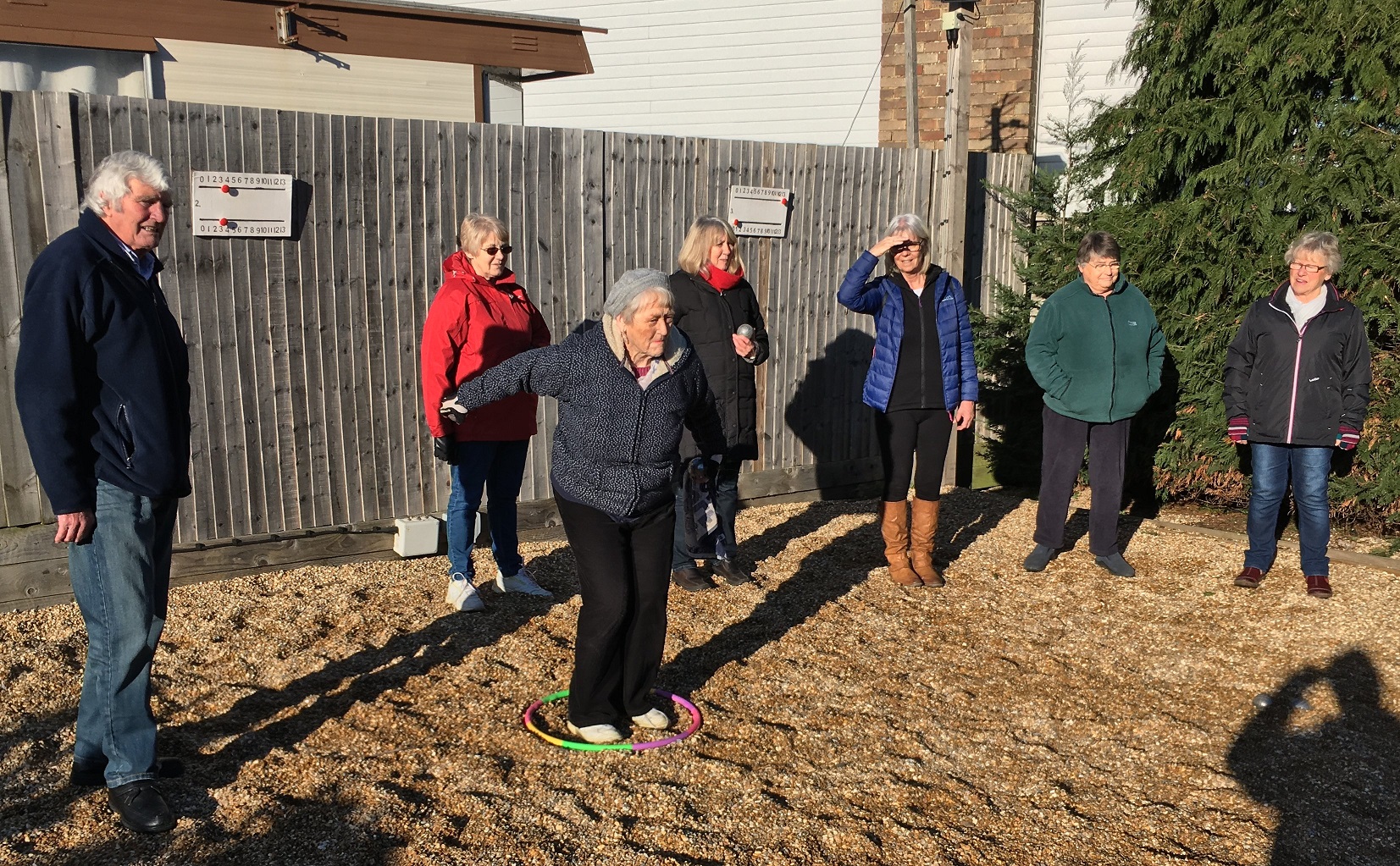