Church Visiting Group was formed way back in 2003. The first visit was in November of that year to the two very interesting, yet very different churches in the local village of Kempley. We still have members who were present at that first visit. Since then, the group has visited 211 different churches and chapels and one synagogue.

We limit our explorations to a radius from Ledbury of about 40 miles. Yet it is amazing how many churches there are in this area, and the West Midlands and Marches are particularly rich. We usually visit two Churches (just one if it is large or of particular interest) and the month’s organisers arrange which Churches we visit and, if possible, obtain the services of speakers at each Church. We do not limit ourselves to churches and have also included a synagogue in our visits. Lunch at a nearby hostelry is regarded as an essential part of the day and usually menus are obtained and meals chosen prior to our visit. These, of course, have to be circulated and meals ordered. One member has mischievously suggested that this is the highlight of the day.

It’s not necessary to be a Christian or even to have an interest in religion to find the visits interesting and you certainly don’t need to be able to distinguish a chancel from a chantry, or a finial from a flying buttress. One of the most fascinating aspects is the connection most churches seem to have with local and national history. We have visited churches with strong links to Elgar, Stanley Baldwin and Dick Whittington among others.

At Bacton Church in the Golden Valley it was recently discovered that, what had for centuries been used as an altar cloth, was actually part of the sole surviving dress belonging to Elizabeth 1. It had been given to Blanche Parry, a lady from the village, who was the queen’s Chief Gentlewoman of the Privy Chamber. The church now only holds a replica as the original is on display at Hampton Court Palace.

Perhaps the most bizarre connection was that at Beoley Church, near Redditch. Some of you may know that Shakespeare’s grave in Holy Trinity, Stratford was broken into and his skull was stolen, probably in 1794. When we visited Beoley church in 2015 they had a skull in the crypt that many have claimed to be Shakespeare’s. More recently, a team investigating for a TV programme had it tested and it proved to be the skull of a woman. So probably not Shakespeare after all!

By virtue of the way the Group operates, all members need to be committed and it will be seen from the above paragraph that having access to transport and a computer link is almost essential. 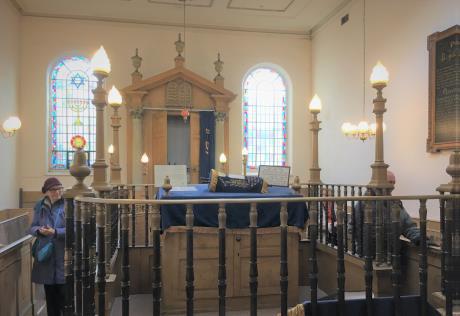