Members order their own book copies via Internet. There are usually 8-12 members present. We agree on how many pages to read before the next meeting, then discuss them and read on a little way, which usually leads to further discussions - in French, but we’re not averse to dropping into English if we can’t find the words!

The challenges of lockdown have meant we cannot meet face to face but we have been meeting on Zoom. Up to 8 of us now join a meeting at our usual time on Wednesdays to be transported across the Channel via the printed word and imagine ourselves in the land of wine, cheese and Napoleonic bureaucracy.

Crouching in front of a screen is not quite the same as sitting in comfortable chairs in one room. Seven different locations bring their own sights and sounds to the proceedings. A dog barks (“Ouah, ouah!” in French, of course),birds twitter outside a window (“ils gazouillent” - pretty word).

We still read passages to each other from the current book and stop to discuss them, but we lack a certain spontaneity.

Nevertheless, without Zoom we would have had to leave unfinished Le Vin de Solitude by Irène Némirovsky, an autobiographical novel based on her childhood in Russia around the time of the revolution. We would be denied the ironic repartee and gobbets of popular culture in Le parfum du bonheur est plus fort sous la pluie by Virginie Grimaldi.

During the long winter nights, it has been warming to transport ourselves to the port of Marseille and the stark Provence countryside and their larger-than-life characters in the recent plays and novels we have been reading by Marcel Pagnol and Jean Giono. With seven of us, usually, we have managed to speak largely without overlapping and have found the format allows us both to discuss and then individually to read sections with no problems.

We area about to start reading French post-war novels.

We could read these quietly on our own, you will say, and avoid the frustrating aspects of online communication, but personally, I need a bit of encouragement. Other people’s ideas, other people’s opinions, other people’s suggestions keep me alive, and with Zoom we can still issue the challenge to read as far as page 219 by next week. Zoom on, enfants de la patrie!

We read books in French, therefore a certain level of fluency is obviously required, but if you would like to join us when we return to normal, please get in touch with the Group leader as given in the Newsletter or via the Webmaster on the Contact page on this website. Numbers are limited only by the number of armchairs in the sitting room (not unlike the Académie Française…) However, although we are getting more ambitious, none of us is anywhere near those heights! If you would like to join us on Wednesday afternoons, do get in touch 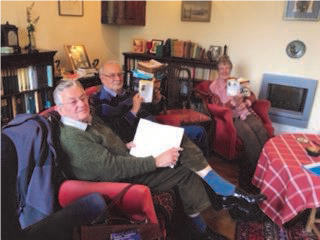 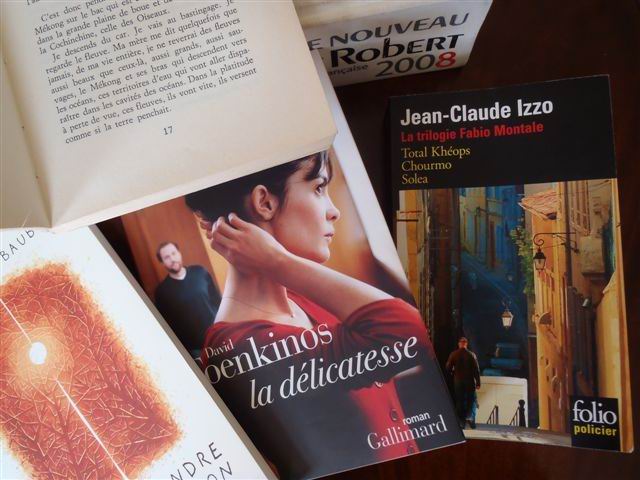