Go on - try something different! How about joining Handbells and being a clanger?

We play pieces as varied as She’ll Be Coming Round the Mountain and Handel’s Largo. Sometimes they sound good, sometimes that’s not quite true, but we have fun trying to make them recognisable.

You don’t need to be able to read music but it would be good if you know the value of the musical notes and you can count, in your head, at a steady pace.

A Horsham U3A Handbells group was originally formed in 2006. The jungle drums got in on the act and spread the word that this was a fun thing to do so at the height of its popularity there were 3 Handbells groups.

The very musically talented Ann Smith, who ran these groups, moved away from Horsham in 2016 which rather put a damper on things. However, Handbells are still ringing in Horsham and the 3 “clangers” in the photo, Ann, Margaret and Janet, bravely volunteered to make a rare public appearance at November’s Open Event, so well done to them! 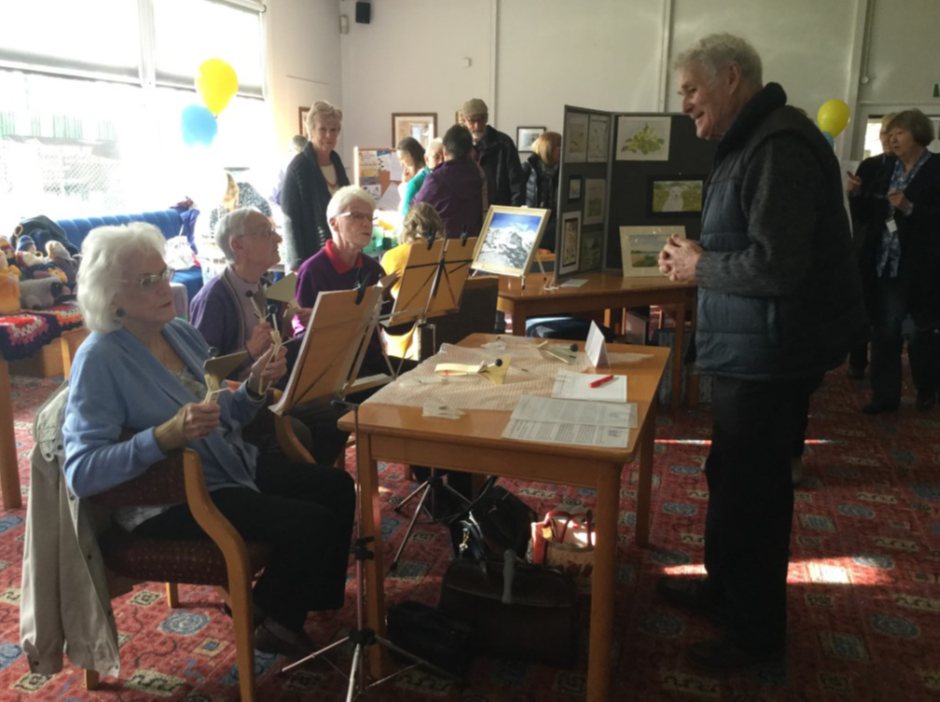 Handbells at the Open Event