We restart on 21st September after our summer break.

This group provides an introduction to, and chance to learn, the rich and diverse variety of "English" country dances ranging from those first recorded in the 17th century (although many are probably much older) to others written very recently. We focus on traditional and modern English "Country" and “Playford”-style dances in longways, circle and square formations, including those that are typical of the Georgian and Regency period and often feature in costume dramas of the Jane Austen era. In addition we have excursions into the more lively American Contra- and Square- dances, which derive from English country dancing.

This is social dancing where you interact with several people as the dance progresses, rather than stay with a single partner as in ballroom dancing. Most dances are conducted at walking pace with occasional skipping and typically last 3 or 4 minutes, so provide gentle exercise that is not too strenuous. All the dances are explained and walked-through slowly to teach the moves before setting them to music, and then "called" throughout. There are no requirements to learn complicated step patterns except the need to know “right” from “left”, “forward” from “backward”, and to be ready to laugh a lot! No special clothing is needed - just wear something loose and comfortable, and lightweight flat shoes suitable for gentle dancing. Nor do you need to come with a partner, singles of both sexes are welcome, as we mix and change partners during the dancing.

We usually dance to recorded music with the dances called by the Group Leader, but there is opportunity for anybody with musical talents to play for the dancing, and for group members to try their hand at "calling" the dances. During a two hour session we usually try 6 or 7 different dances with a break for refreshments halfway through.
English Country Dancing also opens social opportunities to attend dances and balls, sometimes in period-costume, at local folk dance clubs and at national folk-dancing festivals.

English Country Dancing has been described as "Fun and Friendship set to Music".
Why not come along and have an enjoyable two hours in good company?

Our Dancers in costume at 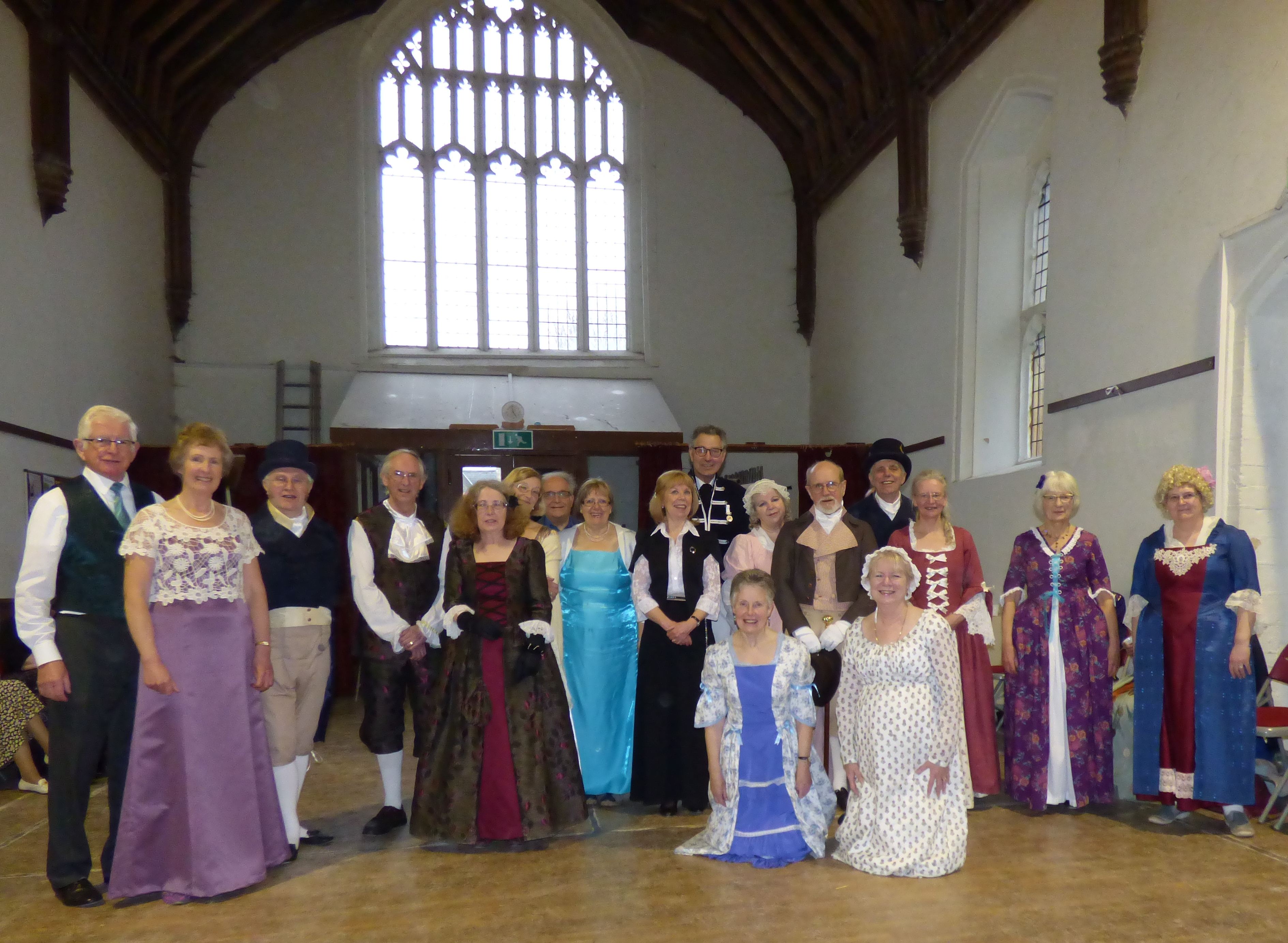 Dancers in costume at a "Playford" Ball 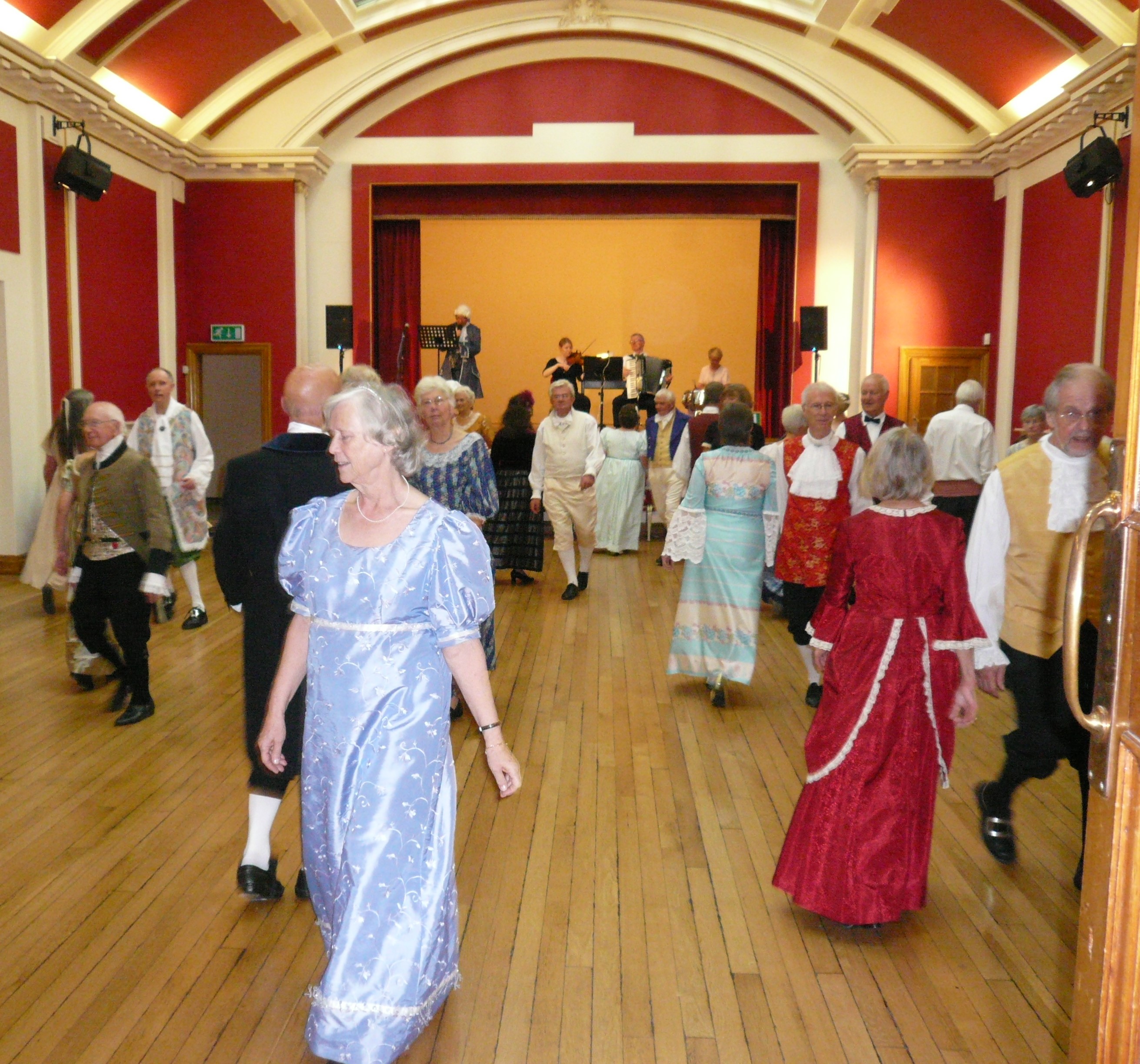