There is little trace of the first hunter-gatherers who colonised Moray between about 7000 BC and 4000 BC, nor of the Neolithic farmers who began to arrive from northern Europe around 6000 years ago. They found the lands of Moray, especially the coastal plain, to be very fertile; so fertile in fact that they are still being farmed today, a continuity of land-use across the millennia. Such agricultural richness enabled the development of a powerful Pictish Kingdom, evidence of which is at the spectacularly-sited Burghead promontory fort, occupied from the late 4th century to the 11th. And in Forres, where Suenoâs Stone tells a tall story – over 20 feet tall and intricately carved by Pictish masons.

In time the Pictish Kingdom gave way to the Scots, and Moray became a Province stretching from the River Spey in the east to beyond Inverness in the west. This was the Moray that Mormaer (Earl) Macbeth ruled in the early 11th century. He was a real man, not the monster of Shakespeareâs imagination, and he defeated King Duncan in battle at Pitgaveney near Elgin in 1040, clearing the way for Macbeth to become King of Alba, King of the Scots. This was to be the high tide of Morayâs influence on the rest of Scotland, and the defeat and death of Macbeth and his stepson left a legacy of resentment and rebelliousness.

A rebellion by the Earl of Moray in 1130 provided the pretext for King David I to try to subdue Moray once and for all. Royal castles and burghs were established at Forres and Elgin; lands at Duffus were granted to the Kingâs nominee and powerful Duffus Castle was built in 1140; Birnie Kirk was built the same year, becoming the seat of the Bishop of Moray; and at Kinloss, a Cistercian Abbey was endowed by the King in 1150. Later in the century, Spynie Palace was built as the new seat of the Bishop of Moray.

Spynie did not long remain the Bishopâs seat, though it was to remain an important residence for a considerable time. In 1215 the decision was taken to build a cathedral in Elgin. The building, first completed in 1224 was burned and rebuilt several times before it finally became ruinous in the early 18th century, though the 15th century Chapter House remains in remarkably good condition. In its heyday the cathedral was considered one of the most beautiful buildings in Scotland.

Moray remained a turbulent region, never more so than in 1390 when the so-called Wolf of Badenoch, an over-assertive member of the ruling Stewart family, burned first Forres and then Elgin, including the cathedral. The castle-building of the next three centuries is ample evidence of continued unrest, the agricultural richness of Moray Speyside providing the wealth for castle-building as well as being the source of the rivalries that led to the need for castles in the first place. Competition for raw materials is nothing new. You’ll find several fascinating castles to visit in Moray to see for yourself where the drama of our history was played out.

From the 18th century onwards, the rich and powerful put their energies into creating the infrastructure of the industrial revolution, bringing new prosperity to Moray Speyside. Visitors today are spoilt for choice of places to visit. For example, Lossiemouth harbour began to be developed in 1703; Knockando Wool Mill was established in 1784; Johnstons of Elgin in 1797 (and still in business today); Spynie Canal in 1810 finally draining Loch Spynie and changing the landscape of the Laich of Moray; Craigellachie Bridge by Thomas Telford in 1812-14. The list is a long one , as you’ll see when you search for places of interest. Museums and heritage centres tell their stories, often with knowledgable and enthusiastic local people able to bring the bare facts to life, and the Local Heritage Centre in Elgin has a wealth of information about Moray. Moray Heritage Connections helps the heritage community work together to bring you the story of Moray, its places and the people – famous and humble – who each played a part in making Moray. 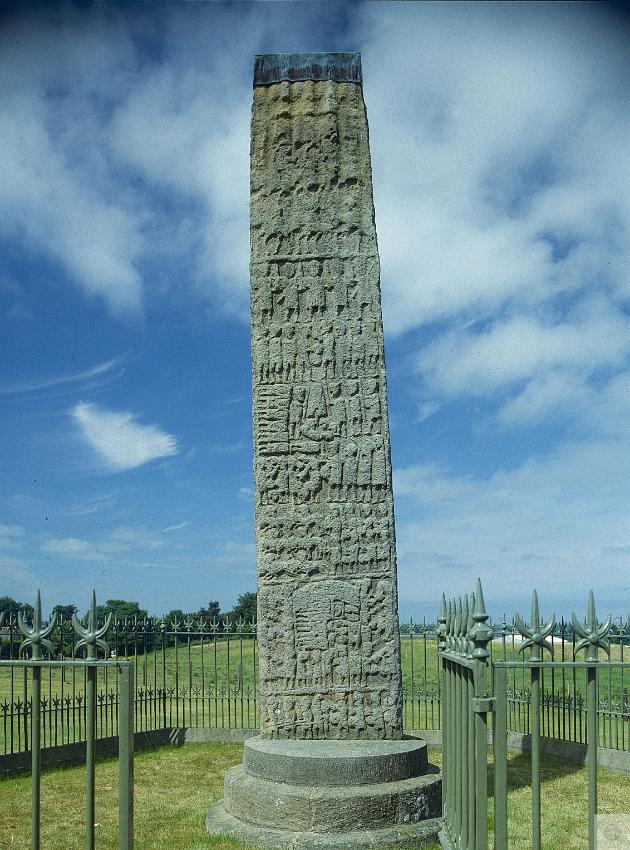