Firstly, the committee hope you and your loved ones and friends have been safe and well during these unprecedented times and continue to remain so. As the new committee takes up the reins we look forward to ensuring, with you all, the continued success of Buxton U3A.

Your new committee are as follows:

I want to take this opportunity to thank the outgoing committee for all their fantastic work over the past 3 years, but especially over the past 5 months (see Committee activities April 2019 - March 2020). They have carried on past their official leaving date to deal with the unprecedented events that affected everyone at the end of March. The excess work that was involved in those last few months was enormous and the decision to go with a postal vote for the AGM has worked really well. We are very much encouraged that we had 295 returned voting slips – out of a membership of 465 – a great result.
The new committee, comprising of 5 new members, has a hard act to follow but we will try our best to keep up the good work and to represent you as best as we can.

Apart from introducing the new committee, the main purpose of this email is to update you about the current situation with groups and invite you to contribute to Newslink.

I am pleased that some of you have managed to keep in contact on Zoom and socially outside in small groups. But at our first meeting on the 28th August we concentrated on looking at a way to get our groups up and running again properly. However, it is really essential that we keep in line with government guidelines and very importantly, we have to take guidance from the Third Age Trust to ensure our insurance is valid.

Following much discussion and taking into consideration the number of groups, vulnerable age of our membership, fairness between groups and the increase of Covid 19 infections generally in the UK, we have decided that no indoor groups should start before October. We will revisit the situation at our next meeting on Monday 5th October but will also be monitoring the guidelines throughout September.

SUBSCRIPTIONS
I understand that many of you will be disappointed with this decision but with this in mind the committee have decided that we will not be taking next year’s subscriptions before 1st July at the earliest.

To explain our situation here are some of the points discussed:

Monthly General Meetings:
The maximum number of people allowed in a community venue with 2 meter social distancing is 30 and this includes the speaker and helpers. We decided that this was not viable until the numbers allowed increased.

I understand how frustrating this must be, but first and foremost we have to consider the well-being and safety of all our members.

PLANNING AHEAD FOR GROUP LEADERS
Over the next few weeks It would be useful to have an idea from all Group leaders if, once indoor groups are allowed to meet, they and their group members would want to restart and when. (bearing in mind some members may still be shielding for health reasons) You should also check with your usual venue if it is available/suitable and what numbers it could accommodate now. A list of possible venues is available – which was correct at the date of this email – however the situation is constantly changing. You should also check the cost of your chosen venue as this has probably increased due to the extra cleaning involved.
Doing this research in advance will help the groups to start quickly once we have the go ahead

Important information before any group can start up again.
Please note that the following rules have to be adhered to, in line with our insurance policy. Any group starting up without completing the Risk assessments and personal checks below, will not be covered by the Third Age Trust Insurance.

• THE VENUE will be asked to submit their own risk assessment to the committee and group leaders.
• GROUP LEADERS, have to complete their own Risk assessment, after visiting the venue and are responsible for making plans for their groups to meet within the regulations and advice. They should inform and engage with group members about plans, and remind members of the risks and rules. A copy of this risk assessment must be sent to Andrew Matthews andrewU3A@gmail.com and to every member of their own group.
• GROUP MEMBERS have to complete their own personal checklist, and, decide for themselves, what it is safe for them to do within their group based on the Leader’s risk assessment and plan. Everyone in a group has to take responsibility for following advice and rules. They do not have to submit this personal checklist document, but your group leader will ask if you have completed it and if there are any issues.

The Risk Assessment and personal checklist templates are available on the Buxton U3A website but we can also post these out to those not on the internet.

NEWSLINK and ‘COMPETITIONS’
We will be producing Newslink in late Autumn and we would welcome any news and stories and photos from you. To make it more interesting we are offering 2 PRIZES! one for the best short story – 500 words max and one for the best Poem. Both will get published in the autumn edition but we may also do a special edition with the other entries. Please send your submissions to FionaU3A@gmail.com or post to Fiona McIntosh 73 Green lane, Buxton SK17 9DJ. Entries should be submitted by 11th October.

We would welcome your views and suggestions. There is a wealth of knowledge and experience within Buxton U3A that we will always value and appreciate.

I very much hope, over the next year, to meet many of you in person.

NOTE
This AGM was held on a remote basis in order to comply with both Government regulations about holding meetings during the Covid-19 Pandemic and to ensure the good governance of the U3A. The AGM planned for 11th May 2020 was postponed due to the same regulations about holding meetings. Guidance was received in late May from the Charity Commission via the Third Age Trust that U3As were required to complete their AGMs as close as possible to the timing specified in their Constitutions: remote approaches not identified in their Constitutions were to be acceptable on an exceptional basis. There was a requirement for the Committee of each U3A using these exceptional arrangements to agree formally to do so, in the interests of good governance. This was undertaken at the Committee meeting held on 8 June 2020.

For the purposes of this AGM, participation was represented by participation in the voting process, the results of which are set out below. The total number of completed Voting Papers received by the end of the closing date (17th August) was 295.

B. THE AGM BUSINESS – “THE AGENDA”

Note
Where voting numbers do not add up to 295, it is because one or more members declined to mark that item in any way on the Voting Paper. 70 members chose to vote by Proxy and the Chair allocated those votes as she saw fit.

Voting result:
For: 281
Against 0:
Abstentions: 14
The minutes were ACCEPTED as an accurate record of the meeting.

2. THE REPORT OF THE COMMITTEE FOR THE YEAR 1 APRIL 2019 TO 31ST MARCH 2020
This report is normally given in person at an AGM but on this occasion was placed on the website. It was also enclosed with the paperwork for those who received information in “hard copy” form. There is no requirement for an AGM to vote to accept this report.

3. ACCEPTANCE OF THE STATEMENT OF ACCOUNTS FOR THE YEAR JANUARY TO DECEMBER 2019
Proposer:Gill Williamson Seconder: Gwyneth Rees

Voting result:
For: 284
Against: 2
Abstentions: 9
The accounts were ACCEPTED.

i. SUBSCRIPTION MOVEMENT UP OR DOWN
The Resolution from the Committee
“The Committee proposes that the membership grants an ongoing annual mandate for the subscription to be raised or lowered by up to £5 per annum, if the financial position indicates the need for this, without the requirement to obtain permission from the membership at an AGM or EGM.”
Proposer:Joe Brown Seconder: Lynn Spearing

Voting Result
For: 242
Against: 43
Abstentions: 10
The resolution was ACCEPTED.

ii. FINANCIAL REPORTS AND ACCOUNTS ONTO THE WEBSITE
The Resolution from the Committee

Voting Result
For: 268
Against: 18
Abstentions: 7
The resolution was ACCEPTED.

a. “Groups which take money out of the collective Buxton & District U3A funds to pay for accommodation, equipment or similar, should pay an additional weekly subscription to cover these costs. This should be determined upon the basis of actual costs by the Treasurer.
If this is not acceptable….
b. The possibility of a sliding scale of basic subscription, depending on the number
of groups attended, should be agreed in principle at this AGM and a proposal put to the 2021 AGM.”

It should be noted that two Seconders, whose names appeared in the formal Notice of the AGM process, did not renew their membership by the stated deadline (13 July) and were therefore ineligible to act as Seconders for this Resolution. They were Sandy Bowes and Elaine Radford.

Both elements of the resolution WERE REJECTED.

i. PREM KUMAR AS EXAMINER OF ACCOUNTS FOR THE YEAR 2020
Proposer: Fiona McIntosh Seconder: Derek Bodey

Voting Result
For: 288
Against: 0
Abstentions: 5
Prem Kumar WAS APPOINTED Examiner of Accounts for the financial year 2020. 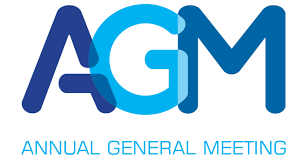